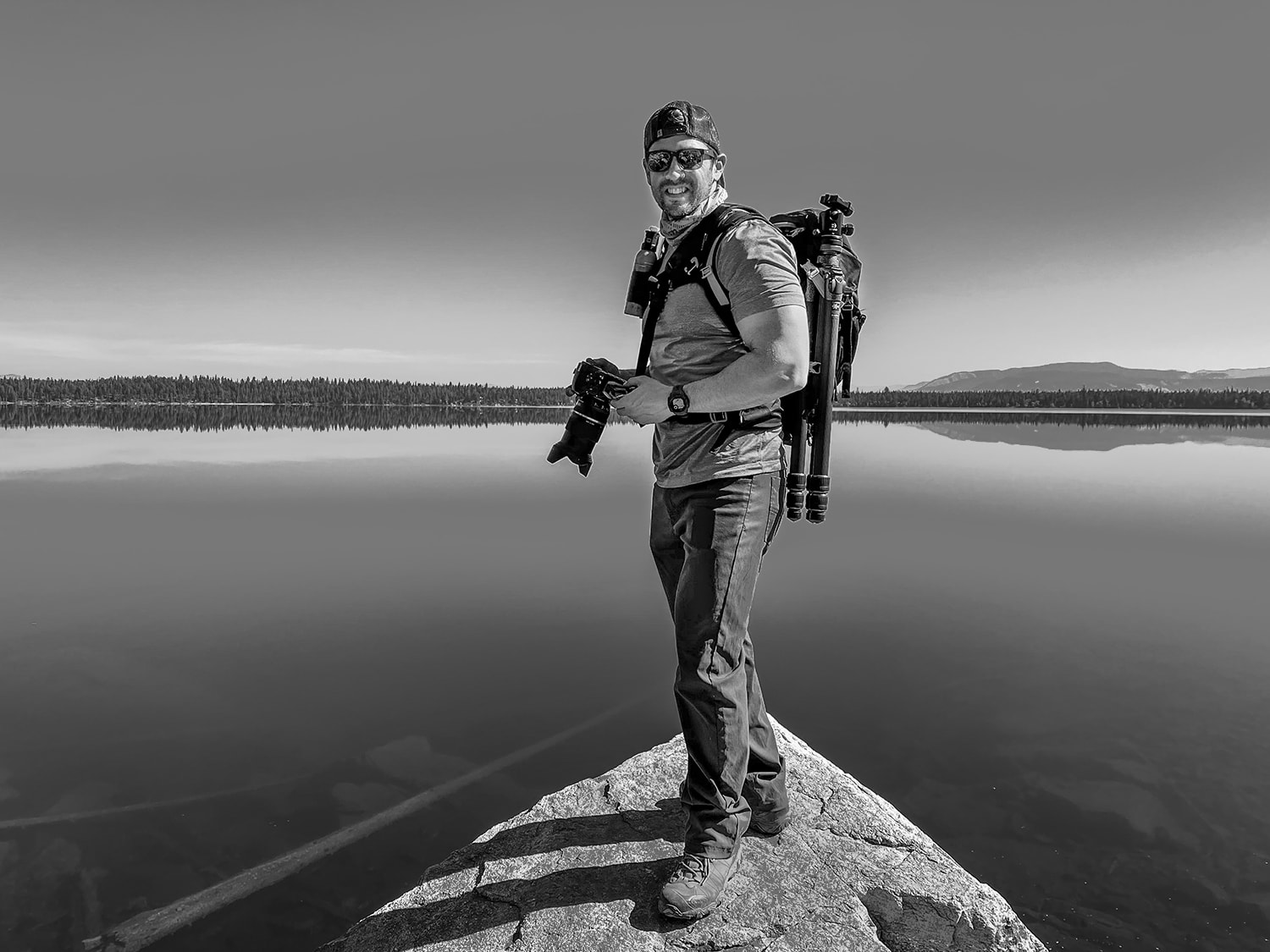 Greg Piazza started his exploration into painting after a car accident took his brother’s life in 2004. Seeking to find an escape and a sense of calm, he created minimalist works using oil on canvas as the medium. In 2007, Greg became interested in how our environments shape our thoughts and emotions and set out to photograph these scenes to later reflect upon in his paintings. Greg then leapt into the national art scene where his work received much attention and earning him gallery exhibitions in Dallas, New York, and Scottsdale. He would later go on to include artworks in museum and solo exhibitions. Greg’s early works are recognized by his use of the circle, representing life, and later works by their simple organic or geometric forms.

In addition to using his natural instinct for photography composition, Greg has completed online and in-person workshops with Alan Ross. Alan is an internationally respected master photographer and educator who worked side-by-side with Ansel Adams as his photographic assistant. He knows Adams’ approach and technique perhaps better than any other photographer today. He also continues to be the exclusive printer of the Yosemite Special Edition negatives, an assignment Adams selected him for personally in 1975.

Displaying his works in both public and private locations and exhibitions, Piazza has earned a notable list of collectors and awards around the globe.

My landscape photography seeks to capture the meaning of the Latin phrase, “Inveniam Viam Aut Faciam – I shall find a way or make one.” They are a true representation of my exploration of life. I began creating artwork following my brother’s death in a car accident and have used it as a form of examination of my life. I seek to view the world through my own lens and capture scenes of simplicity and abandonment which also bring a sense of hope and encouragement.

View All Works by Greg Piazza
0