Western Gallery curates distinct perspectives of the American West, from abstract to photorealistic and classic to contemporary. Our mission is to support and promote fine artists while connecting viewers to the land, cultures and heritage of western North America.

A note from the director: 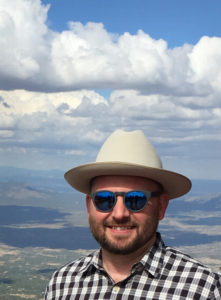 I’ve always felt an affinity for the Western landscape. Though I grew up not far from the North Texas suburbs I now call home, my parents took my sisters and I on numerous trips to New Mexico and Colorado, including the galleries of Taos and Santa Fe and extended tours of national parks around the Four Corners. As a teenager, I began scheming my own way to the mountains to snowboard or camp with friends, and as a young adult, I found myself road tripping solo out through Tucson, up the West coast and back down through Montana and Wyoming. I’ve always felt the romance of the land.

Coming of age in Austin, Texas, I felt a similar romance of the West in the music of local country-rock bands or classics like the Byrds, countrified Neil Young and of course, Willie Nelson. As a budding musician, I started my own country-rock band, recorded and played shows around Texas, and ultimately moved to Nashville to write songs for radio.

But life happens, and winds change. My first son was born, and my wife and I decided to move back to DFW to raise him near grandparents and cousins. I love being close to family and there’s plenty to be thankful for here, but aside from a few bright sunsets each year and a neighborhood bobcat, the landscapes of my North Texas suburbs leave something to be desired. Call me crazy, but bland suburban houses, aging strip-mall shopping centers and sprawling highways, complete with endless traffic and noisy construction start to wear on my soul when experienced day-in and out.

So I began surrounding myself with western art. First one piece, then two, then three… if you’re a collector, you know how it goes. Now paintings and prints of landscapes, wildlife, cowboys and Native Americans hang on my walls, bringing the peace, drama and beauty of the open plains, deserts and mountains—as interpreted and expressed by talented artists—into my daily life.

Having mostly hung up the guitar so the kiddos can sleep, I’ve found a new creative outlet. I want to share my favorite vistas and scenes with you, which is why I started this little exercise.

At first a simple Instagram account, Western Gallery is now producing a podcast, Horizons, and is growing into something bigger. I know I’m not on a solo trip this time. Come with me.

Enter your email address for invitations to exclusive western art events, and to keep up with new works and artist features.