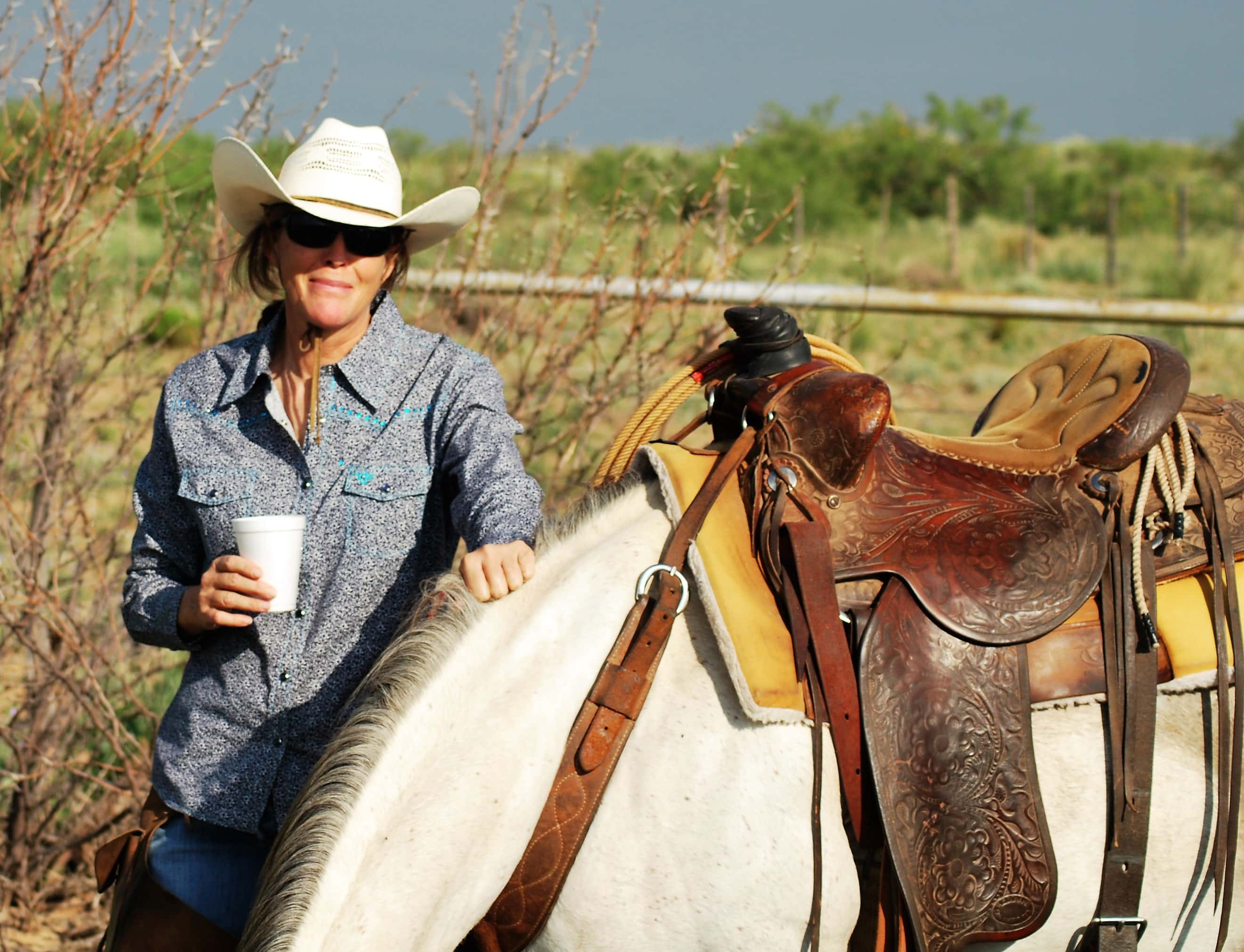 Alice Leese grew up on the YT Ranch in Winkler County Texas, where she and her husband Rob live and work. They have two daughters, Laura and Elizabeth. She is part of the fourth generation on the ranch and works alongside the fifth and sixth. The ranch was started in the late 1800’s by her great grandfather who came from Maine to Colorado then drove a herd of sheep to a railhead called Odessa in Texas to homestead. The ranch now raises Hereford and Angus cattle.

Alice graduated from Abilene Christian University with a BFA in Studio Art. She is a signature member of the American Plains Artists, a member of Plein Air Artists Colorado, Plein Air Artists of New Mexico and the Outdoor Painters Society. She is represented by the Jeff Tabor Gallery in Santa Fe, NM., and the Kiowa Gallery in Alpine, TX. She was recently the National Parks Arts Foundation artist in residence at Fort Union National Monument in New Mexico and Hawaii Volcanoes National Park artist in residence.

She paints the landscape of the ranch that usually includes cows, cowboys, windmills, wildlife, the oil field, and the people who live there. Her artistic area of expertise is landscape painting, plein air, studio and mural painting. Striving to make historically accurate paintings is a priority in depicting both the current and past landscapes. Structures and surroundings are depicted in a way that viewers can gain an understanding of the historical and present landscape. She has thirty-five years of experience in painting and communicating with students and clients through artworks as well as programs and classes to educate about artwork and history.

Having grown up and still living on a working remote ranch in west Texas, she has an appreciation for the land, people and animals depicted in her paintings. Her family has been ranching on the same land for over 100 years, sustainability is an important aspect of being able to conserve the landscape and its native plants and wildlife. Ranchers are the original environmentalists; they speak for the grass and conservation of our native grasslands. Most of her work includes the animals, plants, structures, and people who inhabit the landscape and they are presented in the present environment to illustrate the themes of conservation and adaptability.

“My work is about place, specific locations. The work is regional to the southwest United States, particularly the YT Ranch where I live and work. Coming from a background of ranching makes conservation and stewardship of place a priority. Impressions on the landscape made by natural phenomenon and man are recorded in paint creating a record of the current environment as seen through the eyes of an artist. The land, occupants and uses for land change over regions and my landscape paintings are a record of the effects of weather conditions, droughts, rain and events like grass fires.” – Alice Leese

View All Works by Alice Leese
0