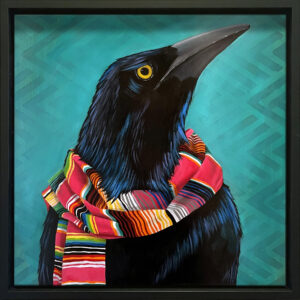 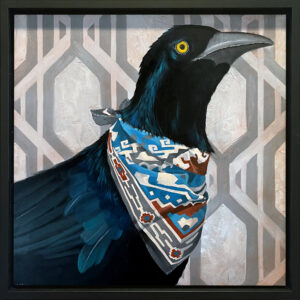 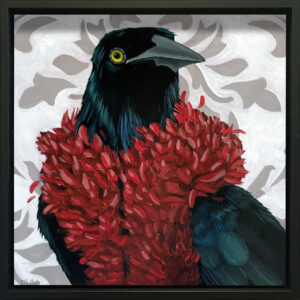 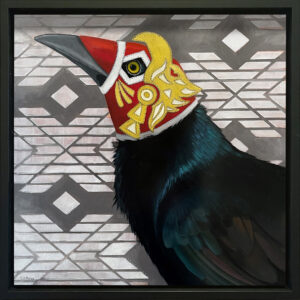 When: Gracklez debut Tuesday, April 12 at noon CDT, and runs through May 8, 2022. The opening reception will be held on Instagram Live (on the @westerngallery account) and will feature a conversation between Irwin and Stallop, a demo of the paper dolls and a Q&A.

How: Both oil paintings and primary sales of NFTs will take place at www.western.gallery. 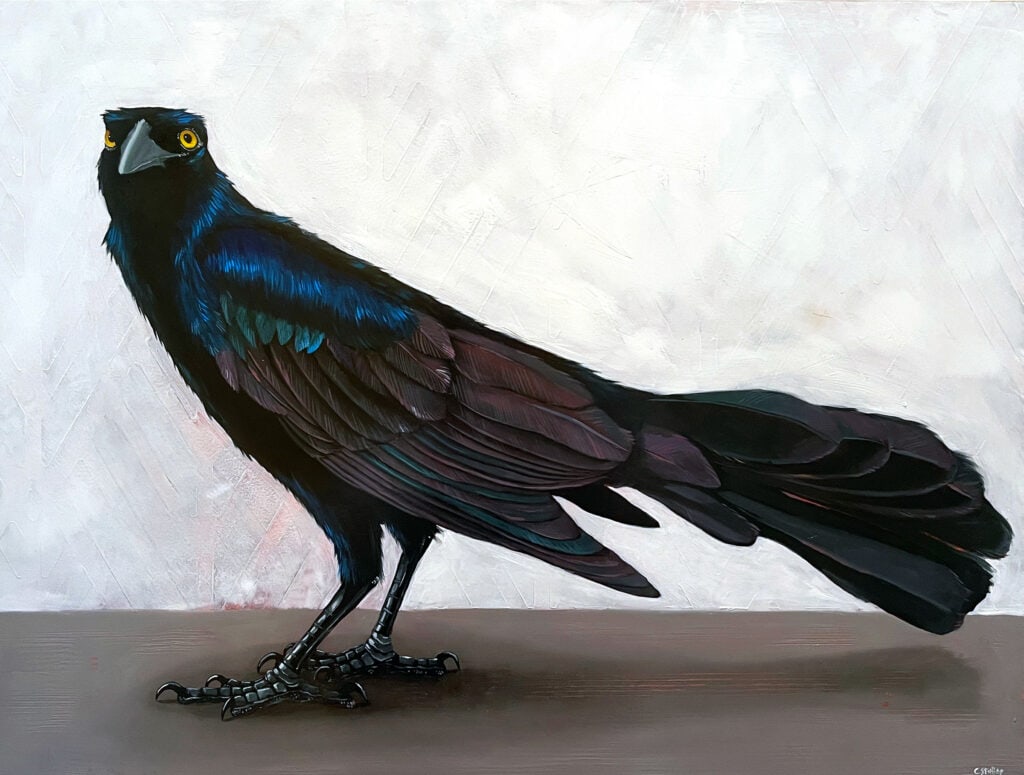 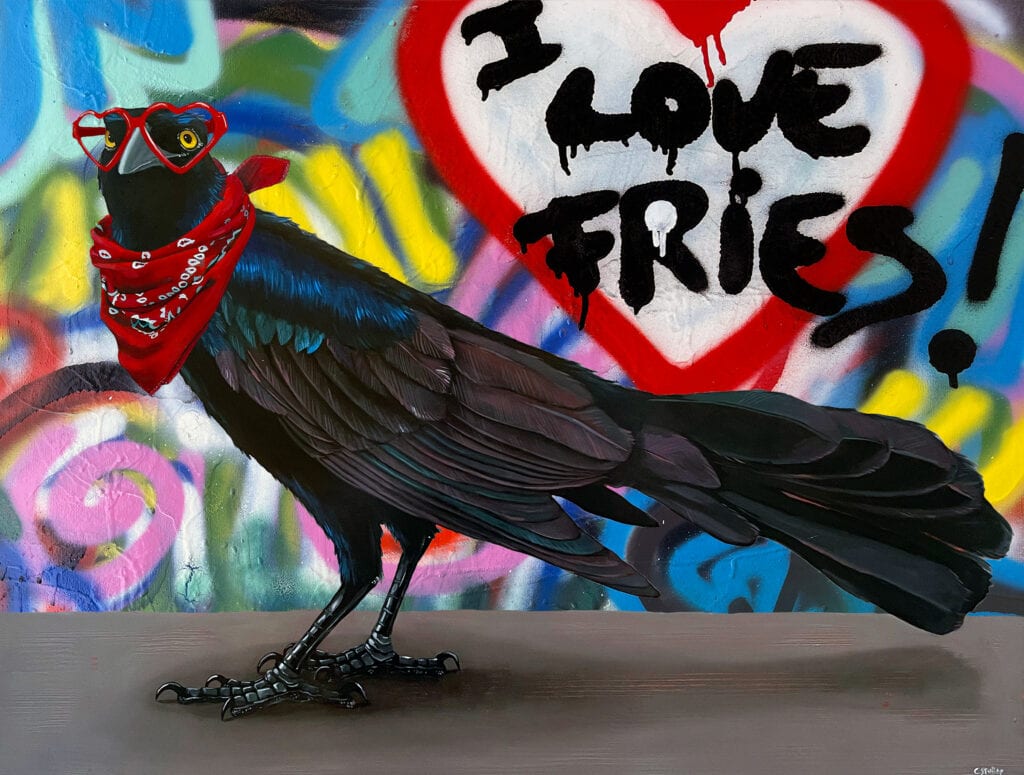 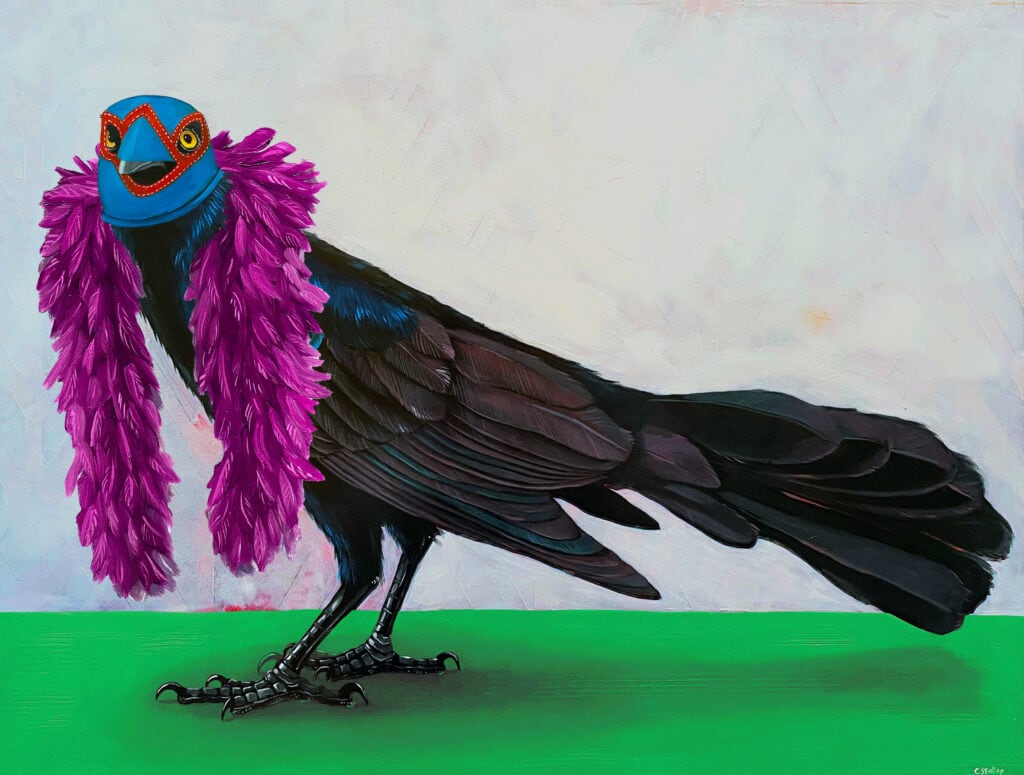 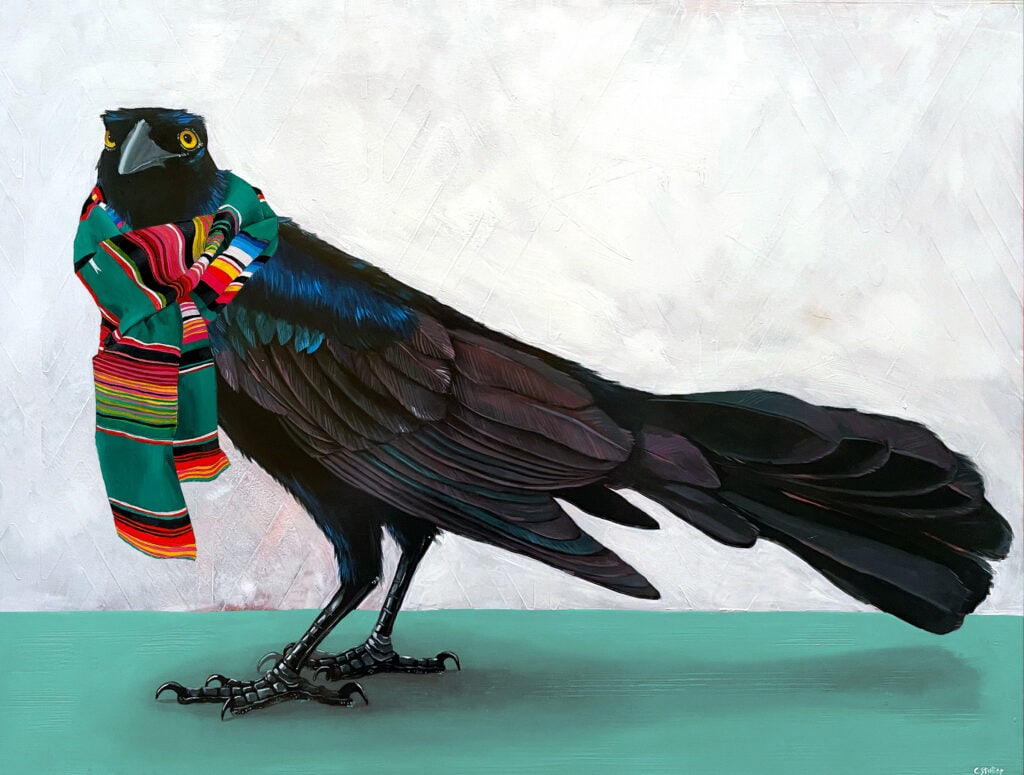 DALLAS, TEXAS – March 25, 2022 – “When you stop and look at a grackle for a second, you’ll notice that their coloration is much more complex than you perceive at first. There’s a subtle rainbow of iridescence in their plumage that’s really quite lovely,” said George Irwin, founder and director of Western Gallery, who is collaborating with Autin-based oil painter, Christy Stallop, on Gracklez—both as the project’s presenter and as the technologist behind the drop. “Christy has managed to make a creature that many dislike into a thing of beauty through oil paint, while at the same time bringing out the quirky and fun aspects of the birds’ personalities through their expressions and accessories. I thought they would be perfect for Western Gallery’s first generative [NFT] project.”

Irwin is a self-proclaimed “tech nerd,” who founded the gallery in January of 2020 as an online-only venture. “The gallery industry was still in the stone age, and I couldn’t see why it had to stay there,” Irwin said. Opening just before the pandemic lockdowns began, his new gallery model turned out to be perfect for both artists and collectors stuck at home.

Since then, most galleries have been pulled into the online space, whether they were ready or not. But not content with the status quo, Irwin is pushing the tech-forward approach of Western Gallery further this year by moving into the rapidly growing NFT space.

Stallop has been painting grackles for years, and her works have evolved into a cast of characters that reside all around Austin (and in collections around the world), taking the general perception of grackles as a nuisance and turning that on its head. And she’s having a lot of fun doing it.

The Gracklez in this new body of work have several distinct personalities. The original painting of the grackle used as the base for the NFTs is called The Multipotentialite, and each of the other traditional oil pieces are explorations of his multiple interests, depicting him living his best life. There’s The Buckaroo, The Warrior (based on an actual Luchador wrestler), The Musician, The Lover, The Comedian, The Bar Fly, The Reveler and the Grack of All Trades.

Through the generative nature of the NFT collection, numerous variations and combinations of each are possible. Nine oil paintings and 100 unique NFTs will be available upon the show opening, or ‘drop,’ in NFT-speak. Each NFT features a grackle wearing a unique combination of accessories to express its personality. In addition to the digital image, each NFT also comes with a PDF of The Multipotentialite as a paper doll with all of his accessories, so the collector can dress him up however he or she wishes.

The paper dolls are an analog for the generative NFT, included as both a fun, tangible item to accompany the digital image, but also as an explainer as to how the generative NFT process works. Stallop painted each accessory individually, and sent photos of the paintings to Irwin. Irwin then brought the photos into Photoshop, and ran a computer script that “dressed” the bird in various combinations of his outfits. Those images were then uploaded to a distributed file server, ready to be minted as NFTs.

Irwin acknowledges that digital collectibles are a bit of a stretch for Western Gallery and its patrons. “Most are far more interested in actual paintings than a piece of art that requires additional technology to display, but I’m convinced that NFTs are here to stay,” he says. His hope is to reach a new audience of collectors for his gallery, artists and of course, The Multipotentialite.