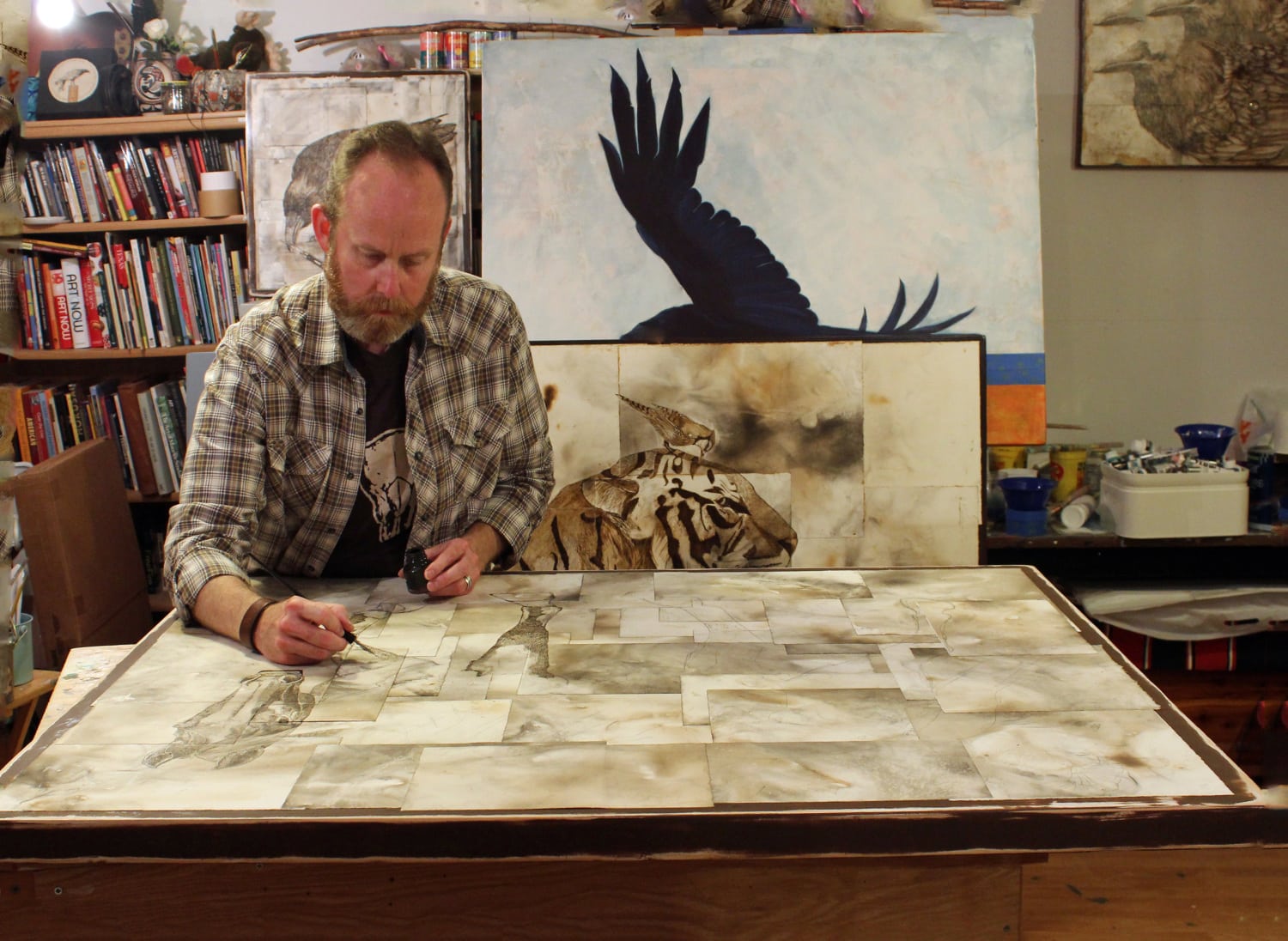 Tim McMeans was born in San Antonio, Texas where he still lives, works, and teaches in the San Antonio area. McMeans is best known for his hybrid painted-drawings of two-dimensional figures in broken geometric planes. McMeans completed his BFA at the University of Texas at San Antonio studying drawing, printmaking, and art history. He has appeared in more than 35 group exhibitions and 12 solo shows in Texas, New Mexico, California, and Colorado. He was awarded the San Antonio Art League and Museum’s 2019 President’s Award and won the prestigious Julian Onderdonk Memorial Purchase Prize in 2006. McMeans was also awarded the Weiss Volka Award in 2018, and Nancy S. and Charles Cheever Donor Award in 2011 by the San Antonio Art League and Museum. He was most recently awarded First Place in Mixed Media at the Yosemite Renaissance 37 Juried show. McMeans’ work hangs in both national and international collections.

“My art is a series of personal narratives told through the gestures and arrangements of animals and birds that I have developed an affinity for. The animals depicted are there because, in some way, they have enriched my life. As subject matter, the animals serve a symbolic role. However, I also take great care to represent and honor the beauty and spirit of each animal. My work is responsive and reflective regarding memories, experiences, and the natural world. It is ultimately about searching for a deeper understanding of these things and about filling in the holes along the way.

“My process begins with assembling a panel from Baltic birch plywood and pine strips. I apply several coats of acrylic paint to the panel, which is later sanded down to slowly reveal the layers of colors. Next, I create pieces of smoke-stained paper by placing it over an open flame and capturing the smoke. The paper is then arranged and cemented to the wood panel using archival glue. Each piece is completed by drawing or painting directly onto the collaged paper using metal crow quill pens, brushes, and acrylic ink. The final step in the process is to seal the work with a gloss varnish.”

View All Works by Tim McMeans
0