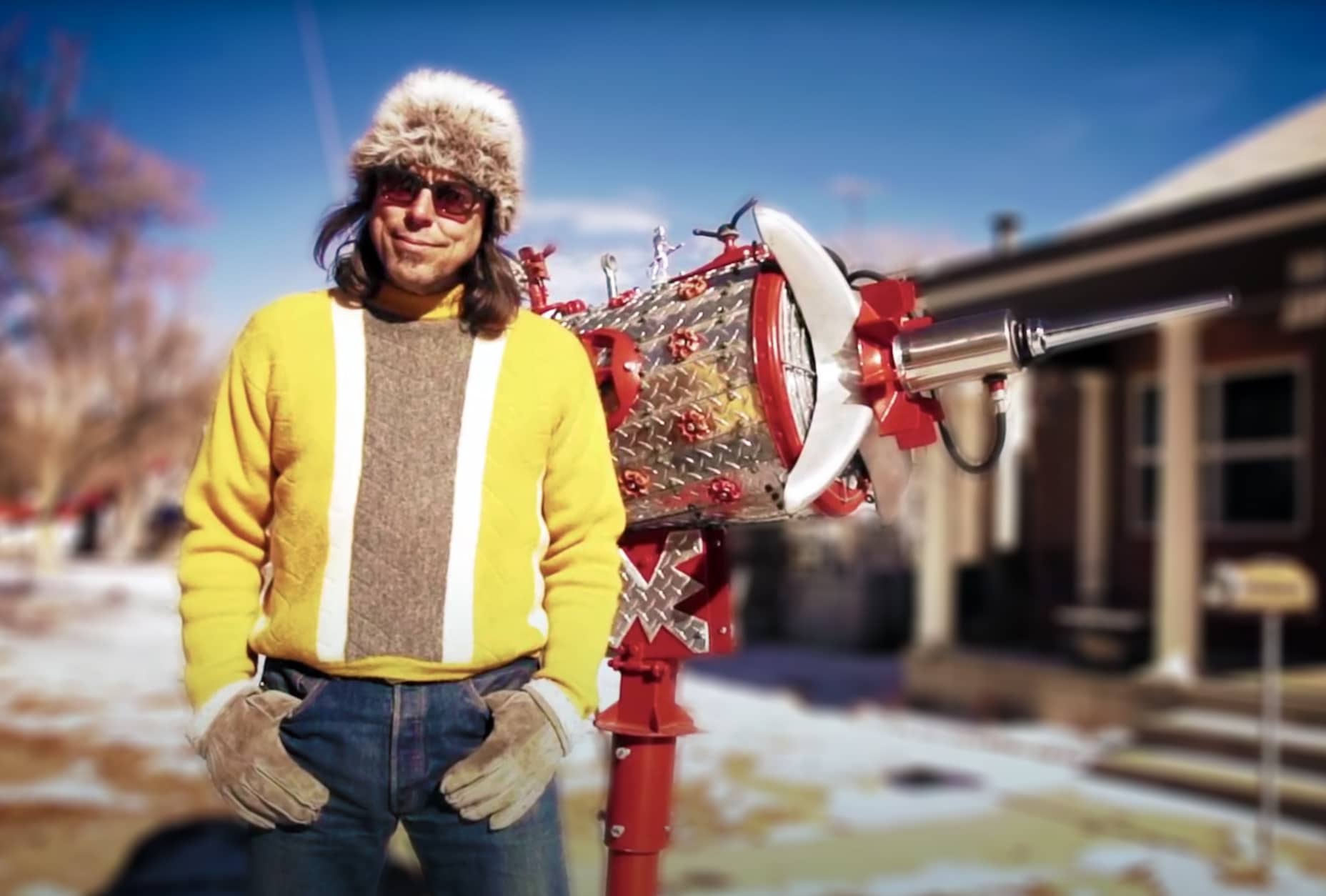 When I started professionally creating assemblage art in 1996, I saw my lifelong appreciation of the beautiful utilitarian parts from the Golden Age of American manufacturing transform into my visions of what they could be, once rearranged… never having heard the term ‘ready made’ from Duchamp, or seen Picasso’s early assemblages. My foray into sculpture began with a vintage canister vacuum cleaner at a New Orleans flea market, and I transformed it into what the original draftsman dreamed, a Buck Rogers rocketship!

I grew up being taught how to garage sale by my mother, finding treasure on the cheap, and have always had a passion for flea markets, trash night, and taking in the unwanted detritus of American consumerism. I often find donations of ‘junk’ on my porch or yard! Now it receives new appreciation and life in art.

There is no welding in my work. I find parts that have never seen each other that mesh and form my style in a clean professional fit by way of cold connections.

My rocketships neither contain nor depict any form of guns, bullets, or bombs; as they are for the peaceful exploration of time, space, ideas, and cultures. But in my Western art, these tools can be reflectors of American violence and the country’s history of expansion, as well as inclusion and exclusion pertaining to Native Americans, and my Native inspired and Western portraits and commentary.

For the 50th anniversary of the assassination on Nov. 22, 1963, in creating assemblages on the actual prints enlarged and displayed at the Grand Rapids Art Museum, I have raised JFK from the dead as equal to Indian Chief, and as an exposé as to how the white man has treated the First Peoples as well as his own best leaders, in violence and corruption – illustrating with parts from the Golden Age of American manufacturing, that what his tribe did to so many indigenous Peoples here and abroad, they also did to him. I give the soul, intentions, and potentials of one of the best (alleged) Americans to the 1st Americans.

Backstory – 9 pics of JFK on the campaign trail in Grand Rapids, Mich. in Oct.1960 by my Father of the approaching motorcade downtown Grand Rapids, then where my Dad jumped in front of the car to make it stop and was instantly surrounded by the crowd. My parents lived in Grand Haven after getting married and out of the Air Force, and my Dad went to see Senator Kennedy in Grand Rapids, Fall of 1960 and took these quick pics. In 1961, my family moved to New Orleans, where my Dad grew up. I developed the snapshots for the assemblages on the right side of this page in the 1980’s to see what they looked like. The 2 sets of photos and the negatives were in a suitcase in my attic in New Orleans for Hurricane Katrina and were some of the few things that survived. Blown up, matted, and framed at 2′ x 3′, the first run digital prints for the 50th anniversary to the month that my Dad took them, were displayed during ArtPrize 2010, shown at the prestigious Grand Rapids Art Museum, which was built on the site of the buildings in the background of these pictures! In 2013 I started my assemblage project and completed these 3 large pieces and as America grows, this is still a pertinent topic. I am part Louisiana Indian, though I am not registered in the tribe, and the assemblages do not denote any specific tribe or person, as they are the whole of conflict and mutuality of red and white cultures, histories, and consequences and benefits.

View All Works by Jimmy Descant
0