Though more diverse than the archetypal depiction of “big  hair and taking  no  lip,” a  strong point of view is a common trait in the women of the Lone  Star  State. 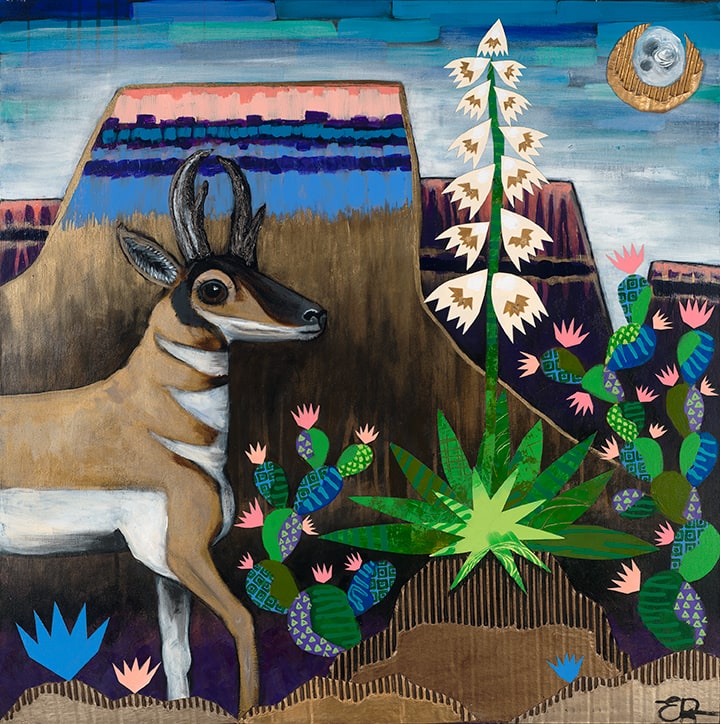 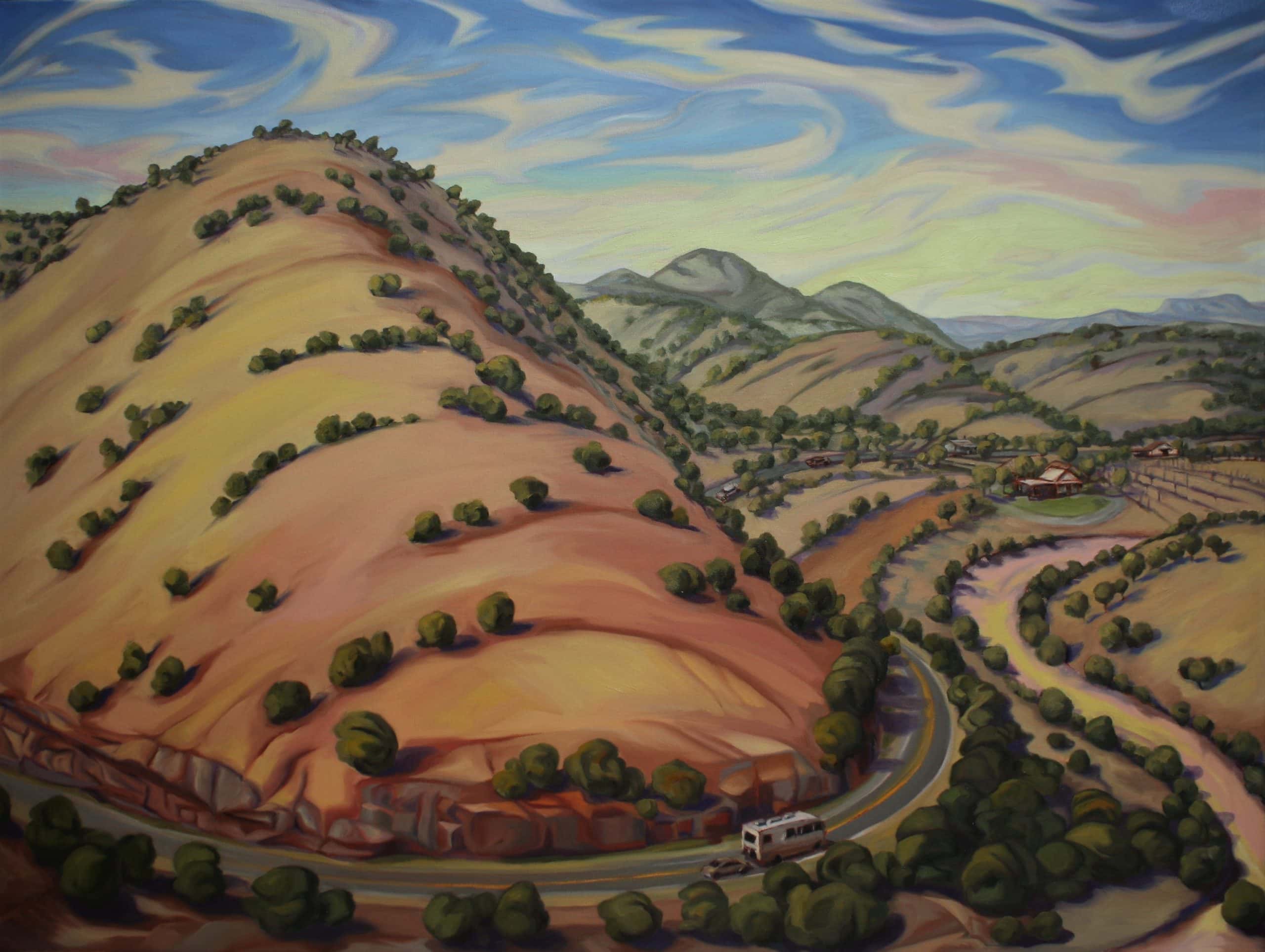 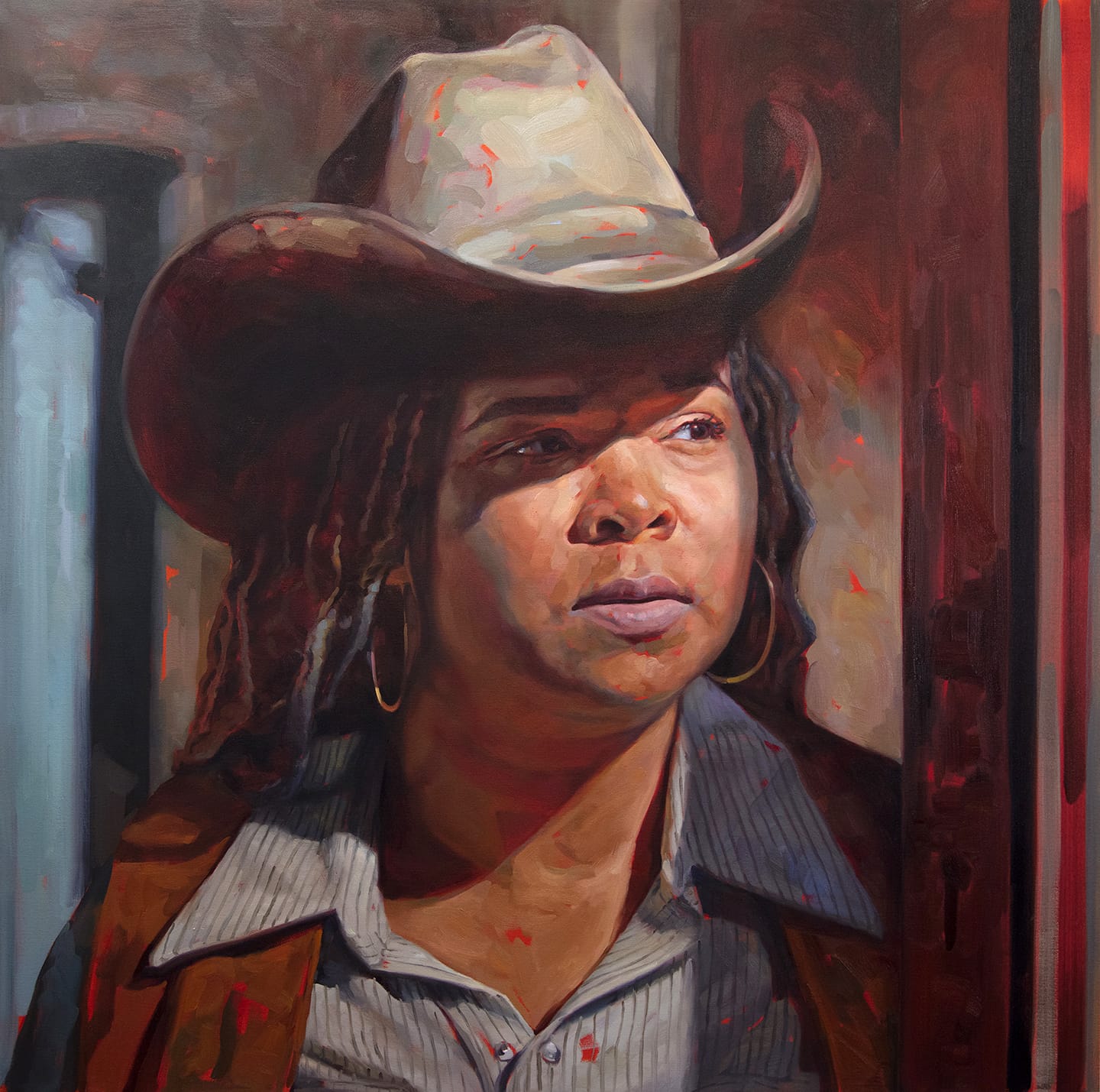 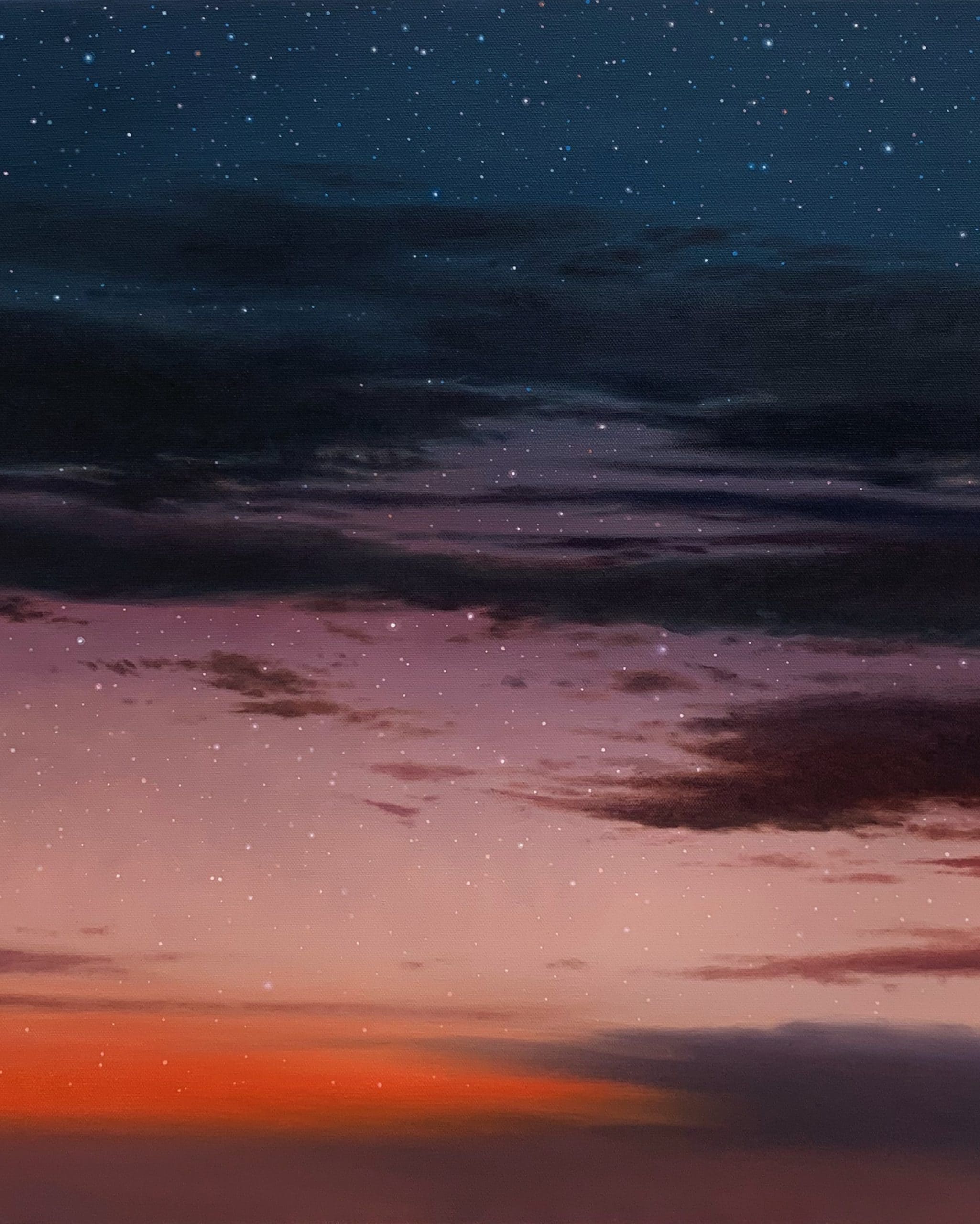 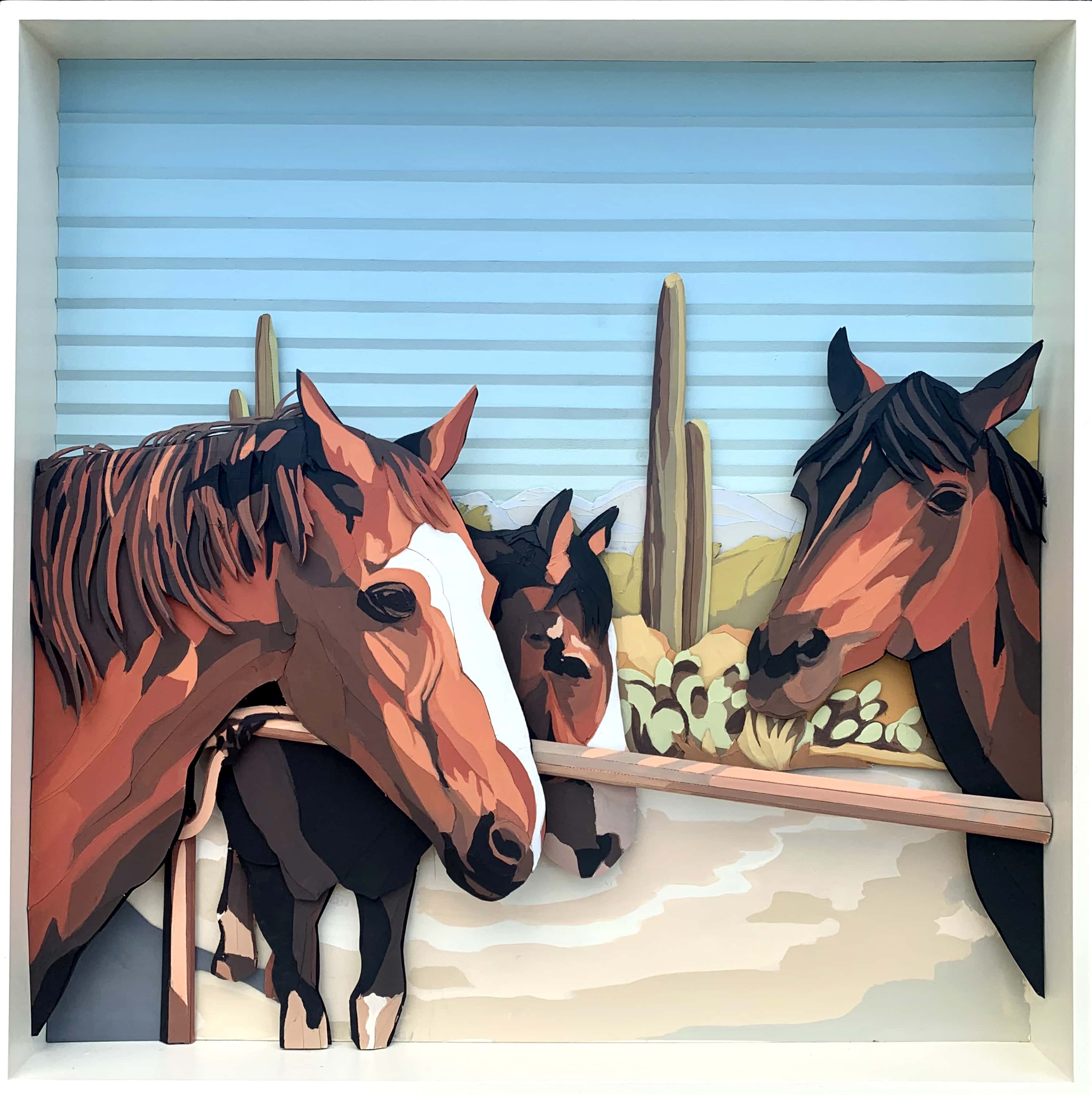 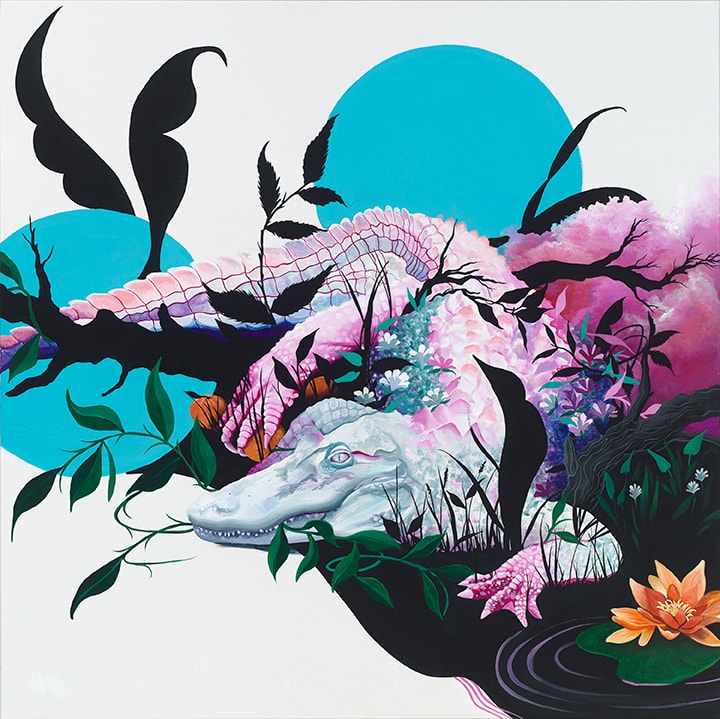 In the Pink
Acrylic on Canvas, 36 x 36"
Patricia Rodriguez (Dallas) 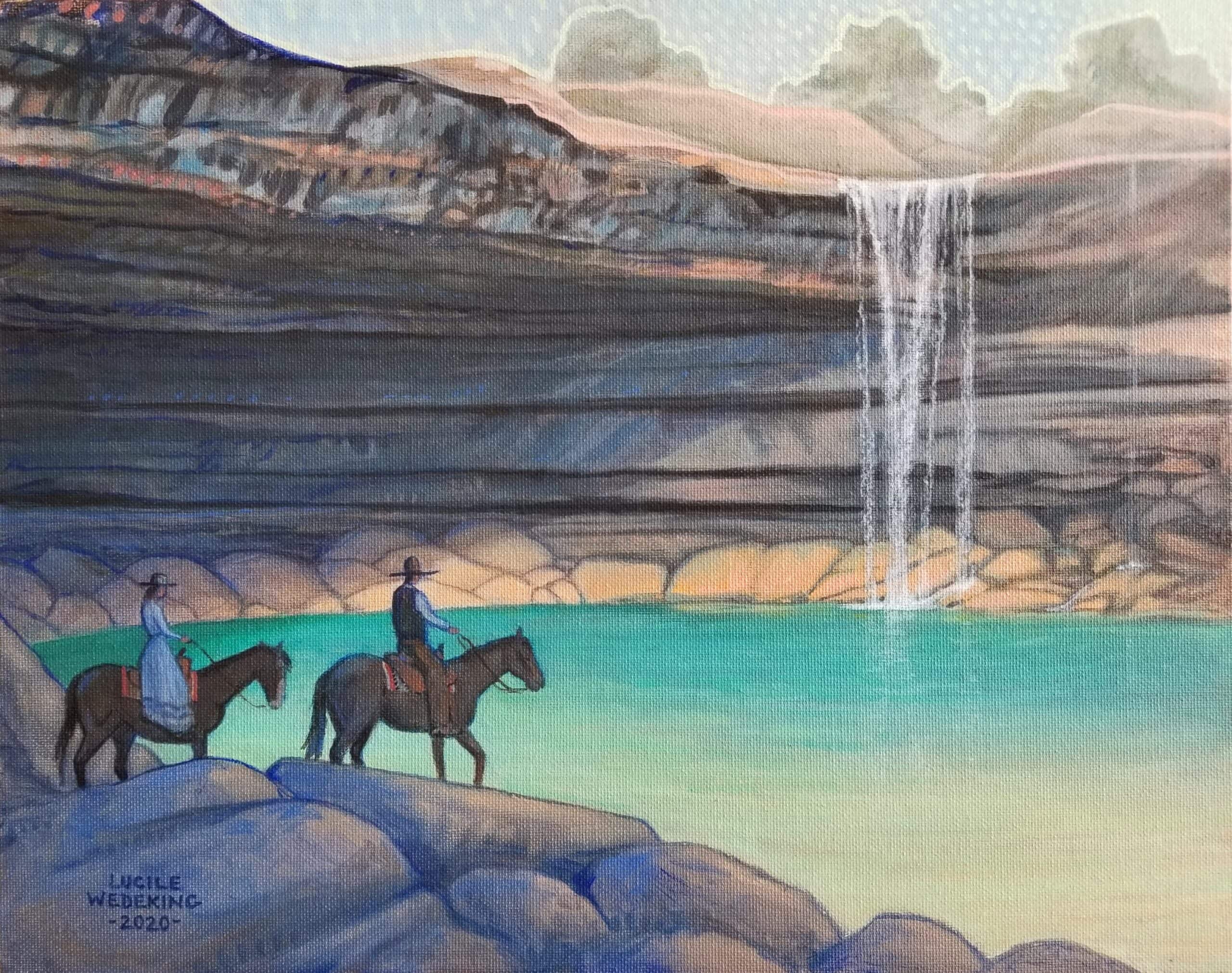 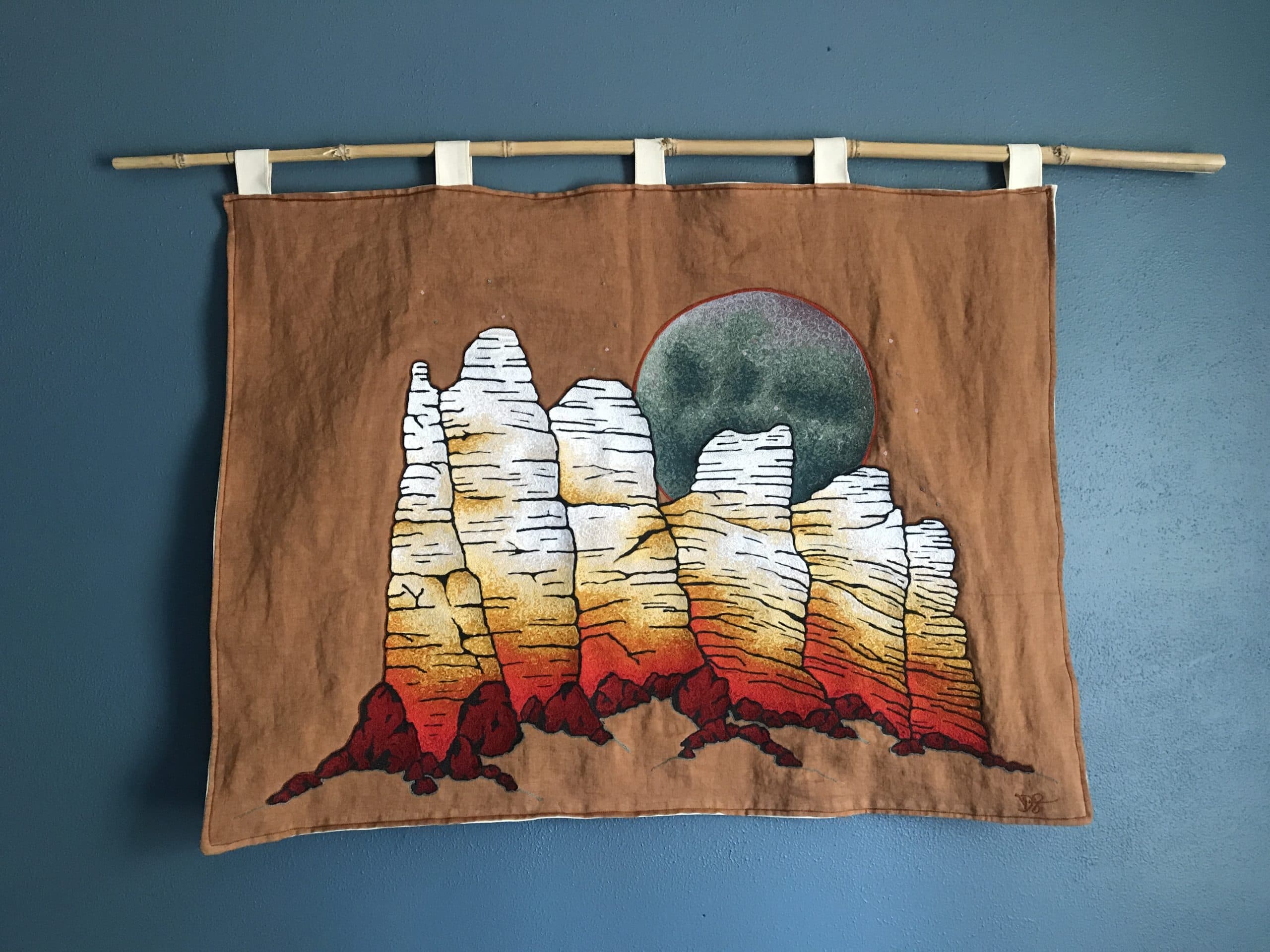 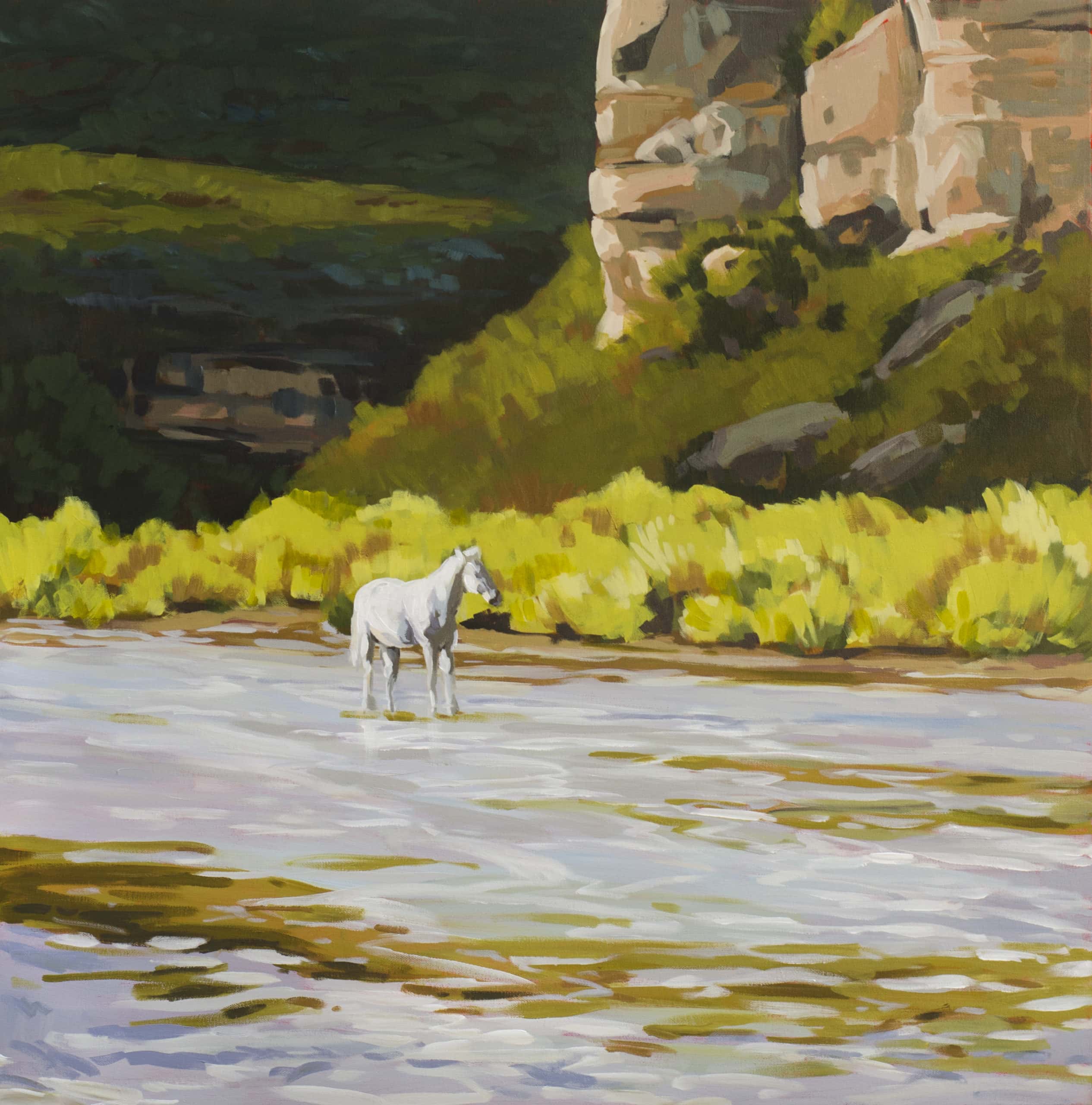 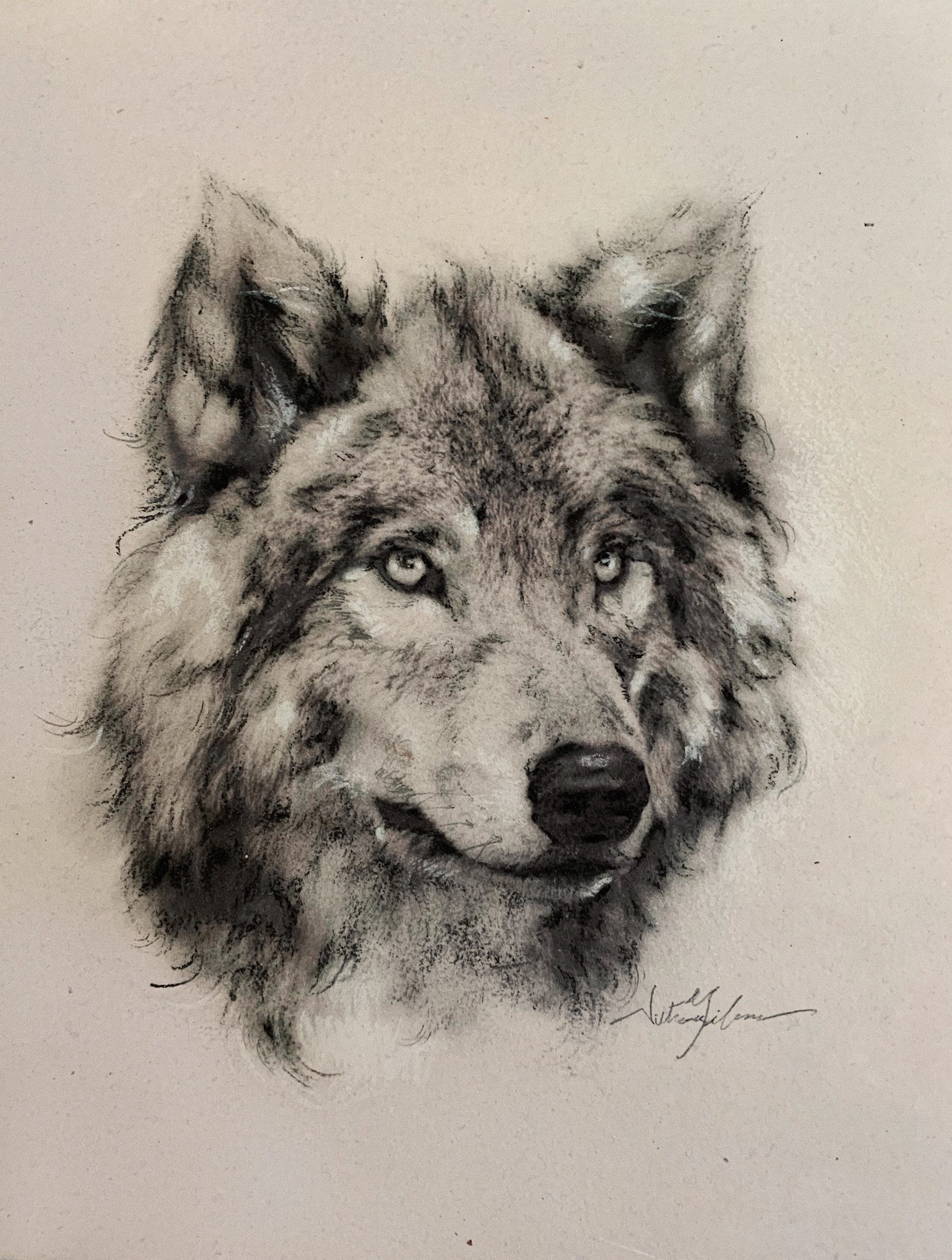 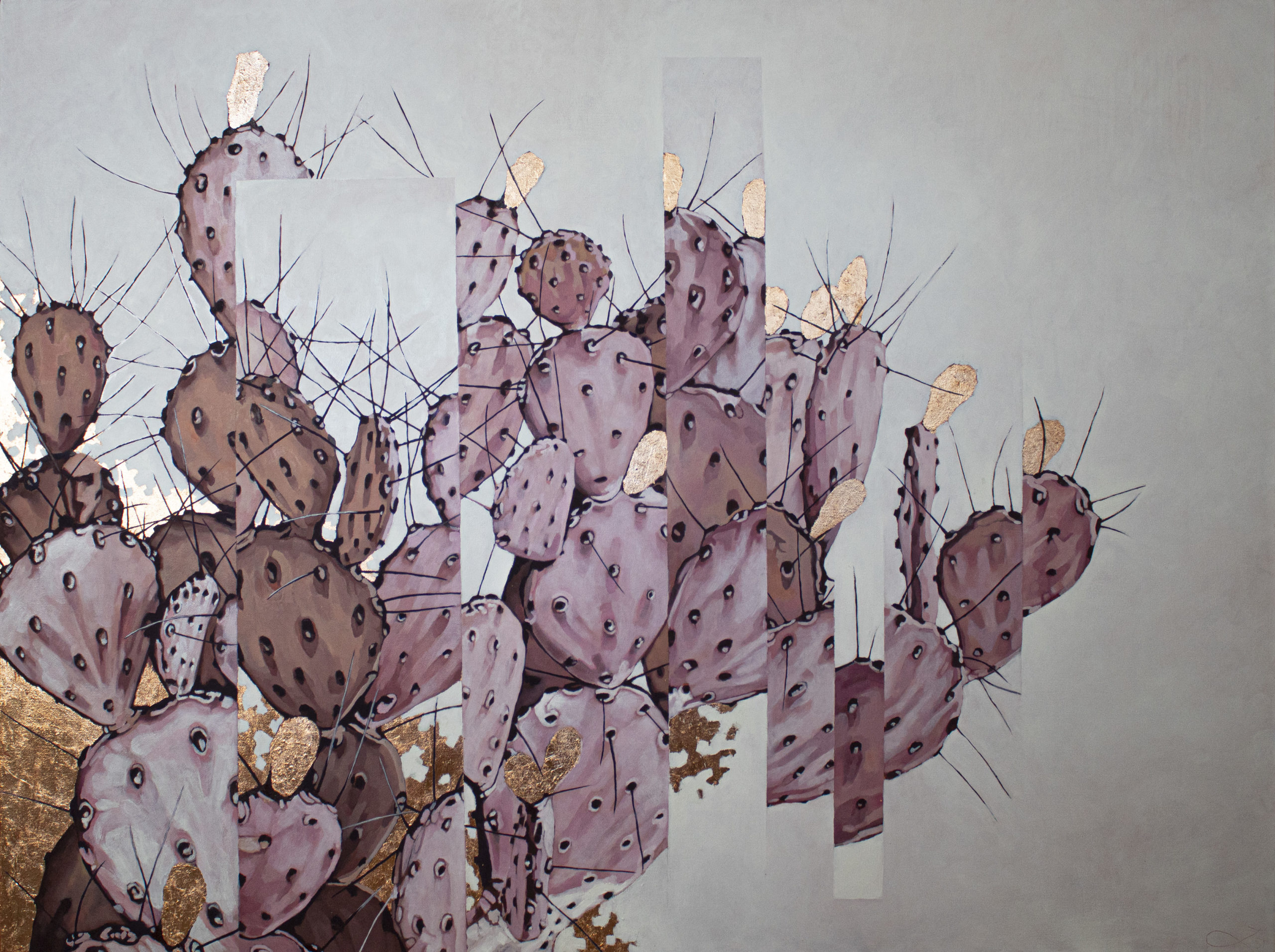 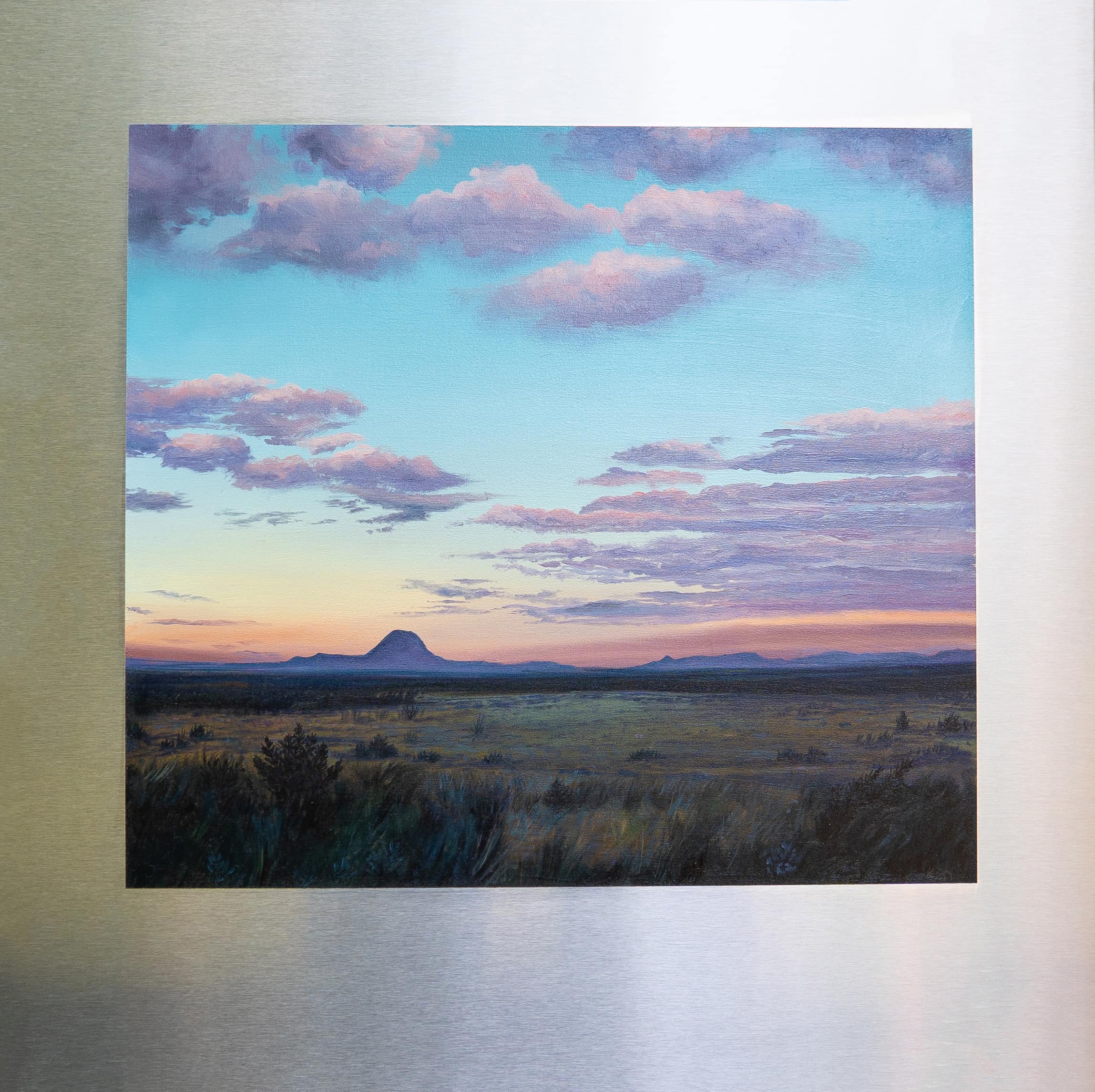 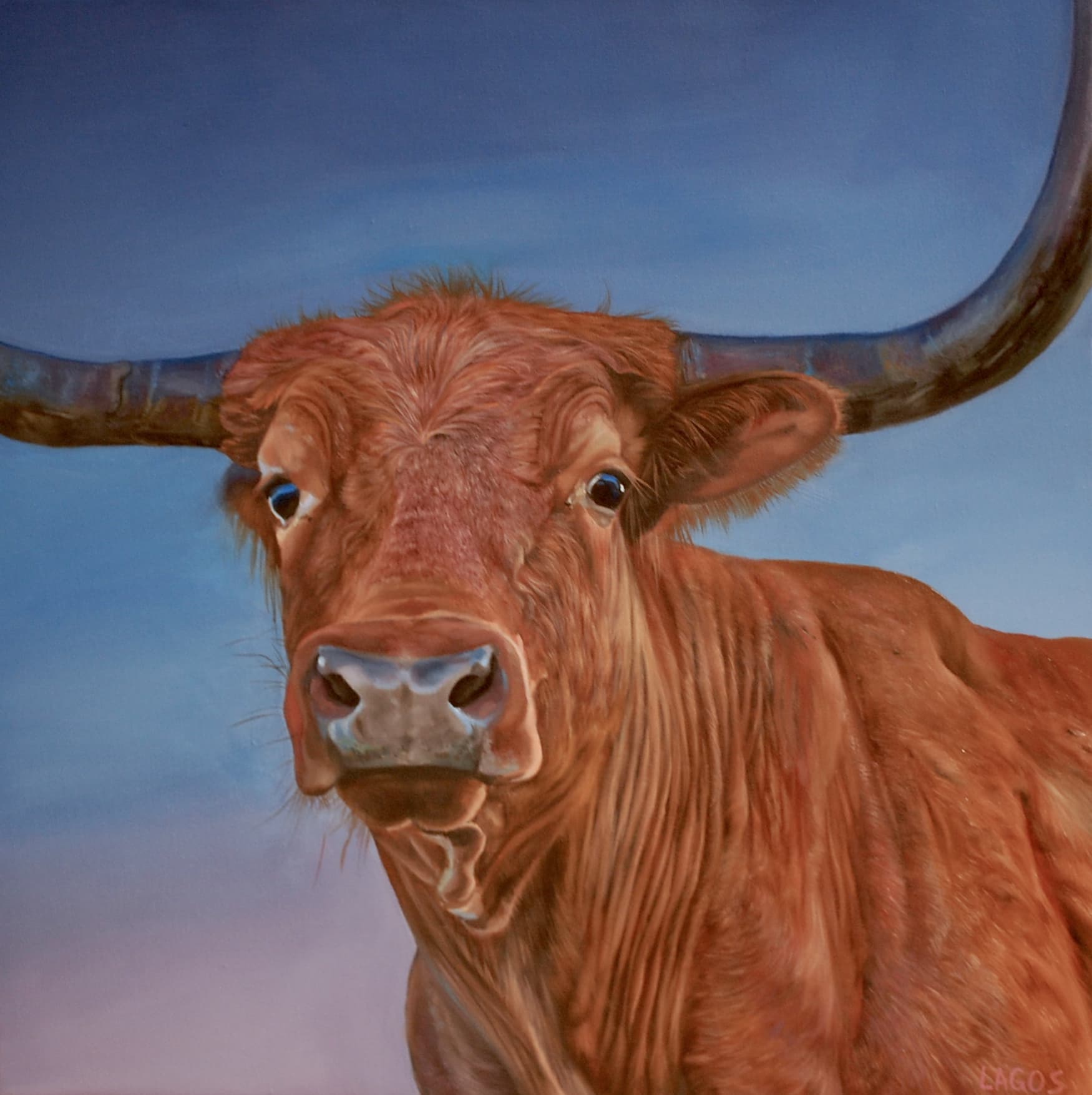 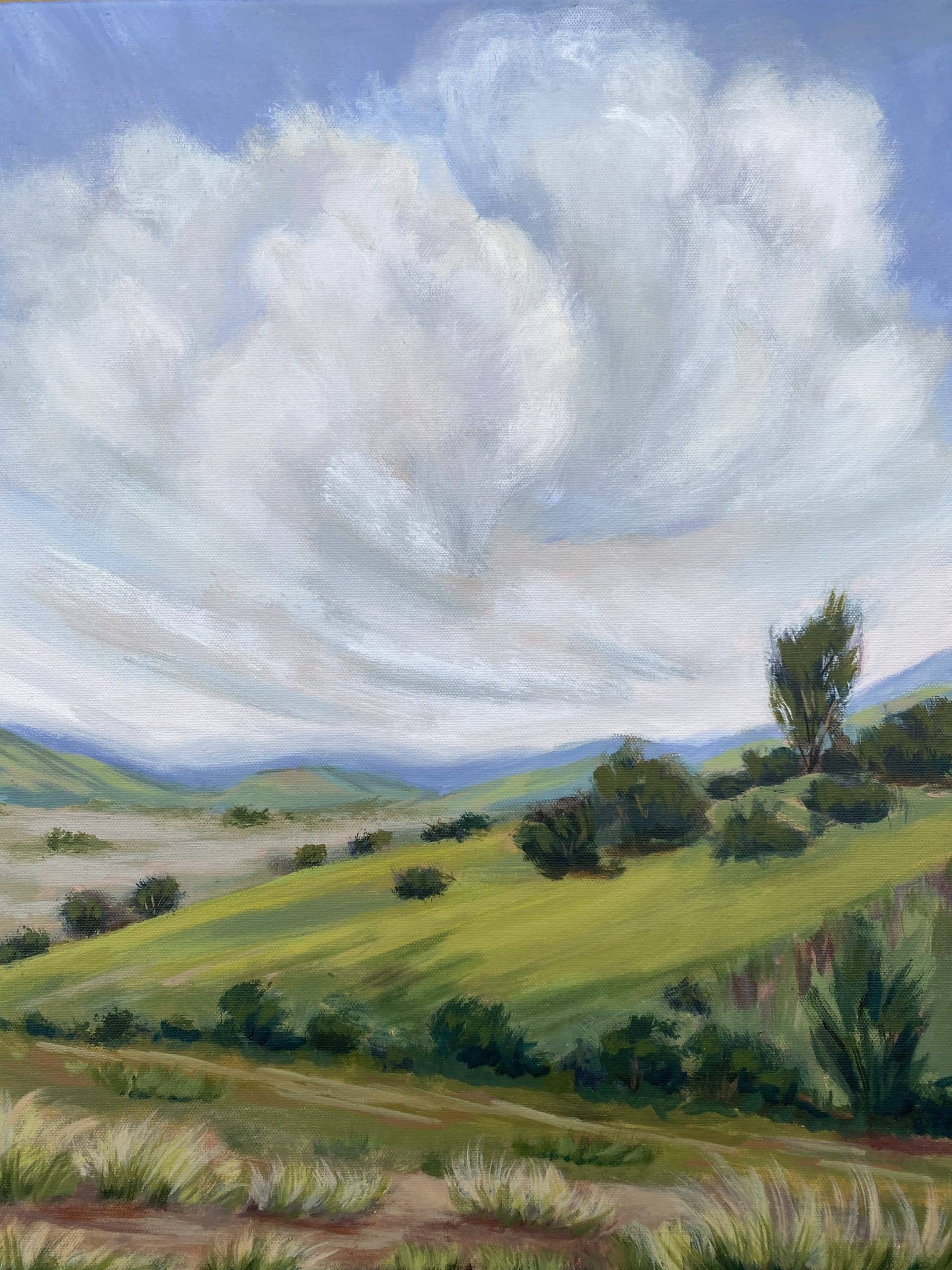 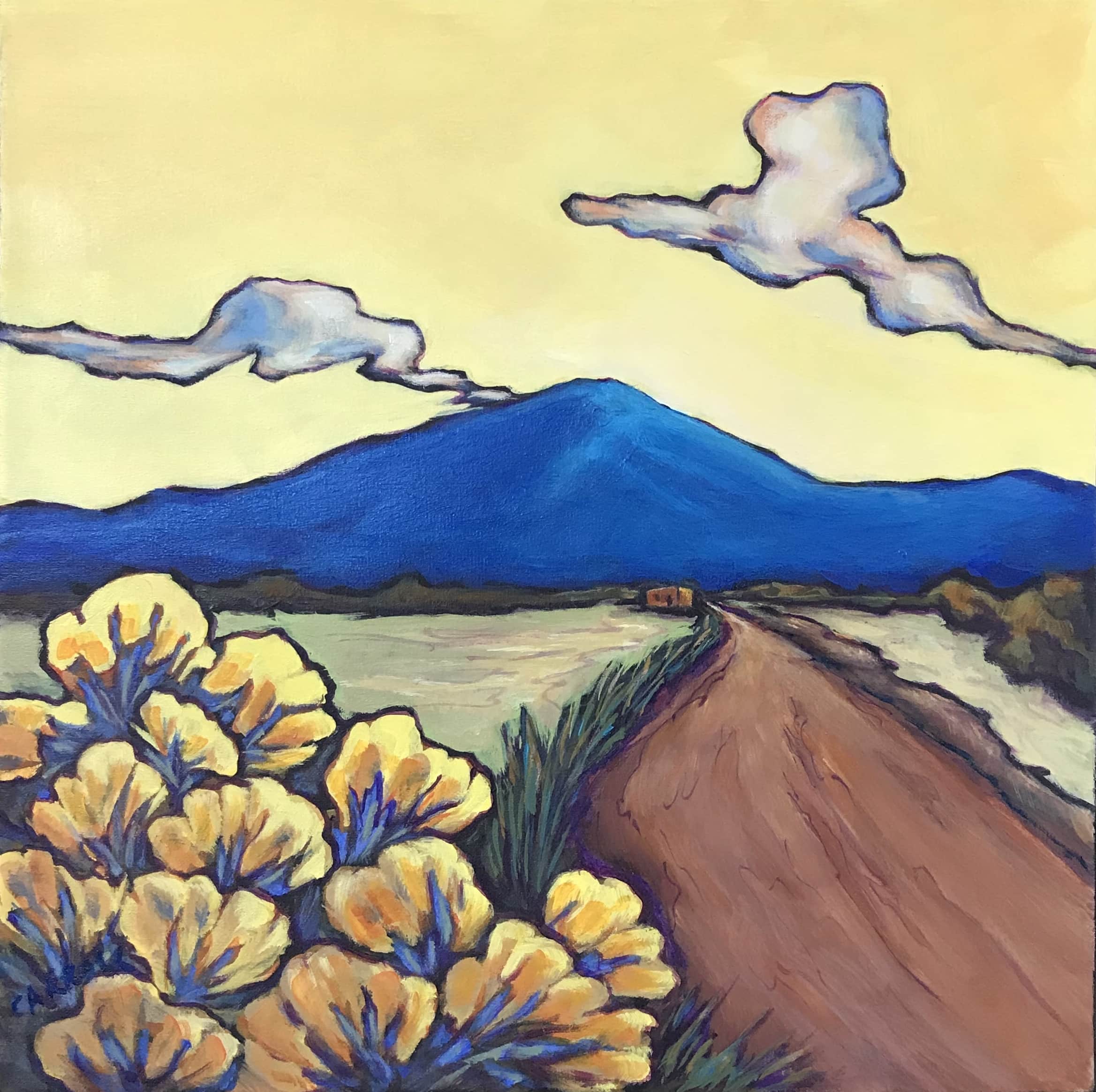 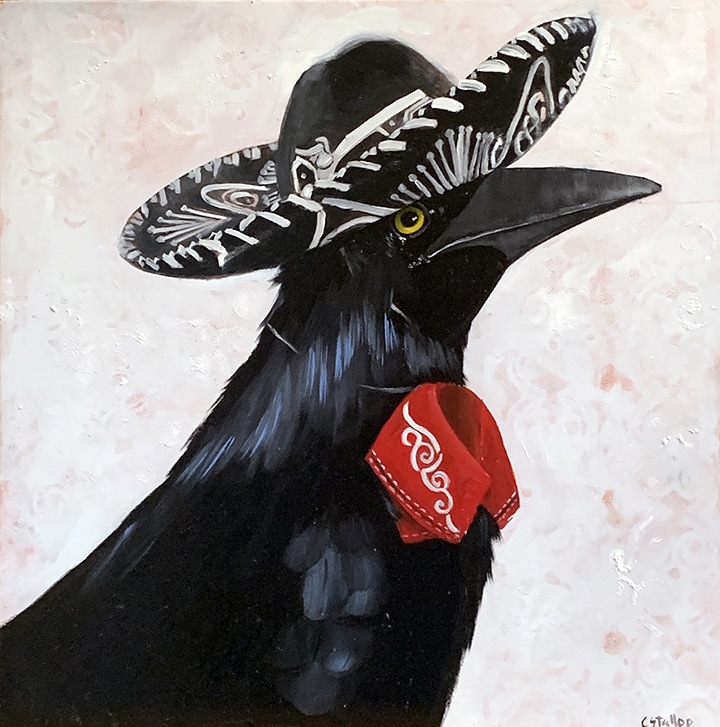 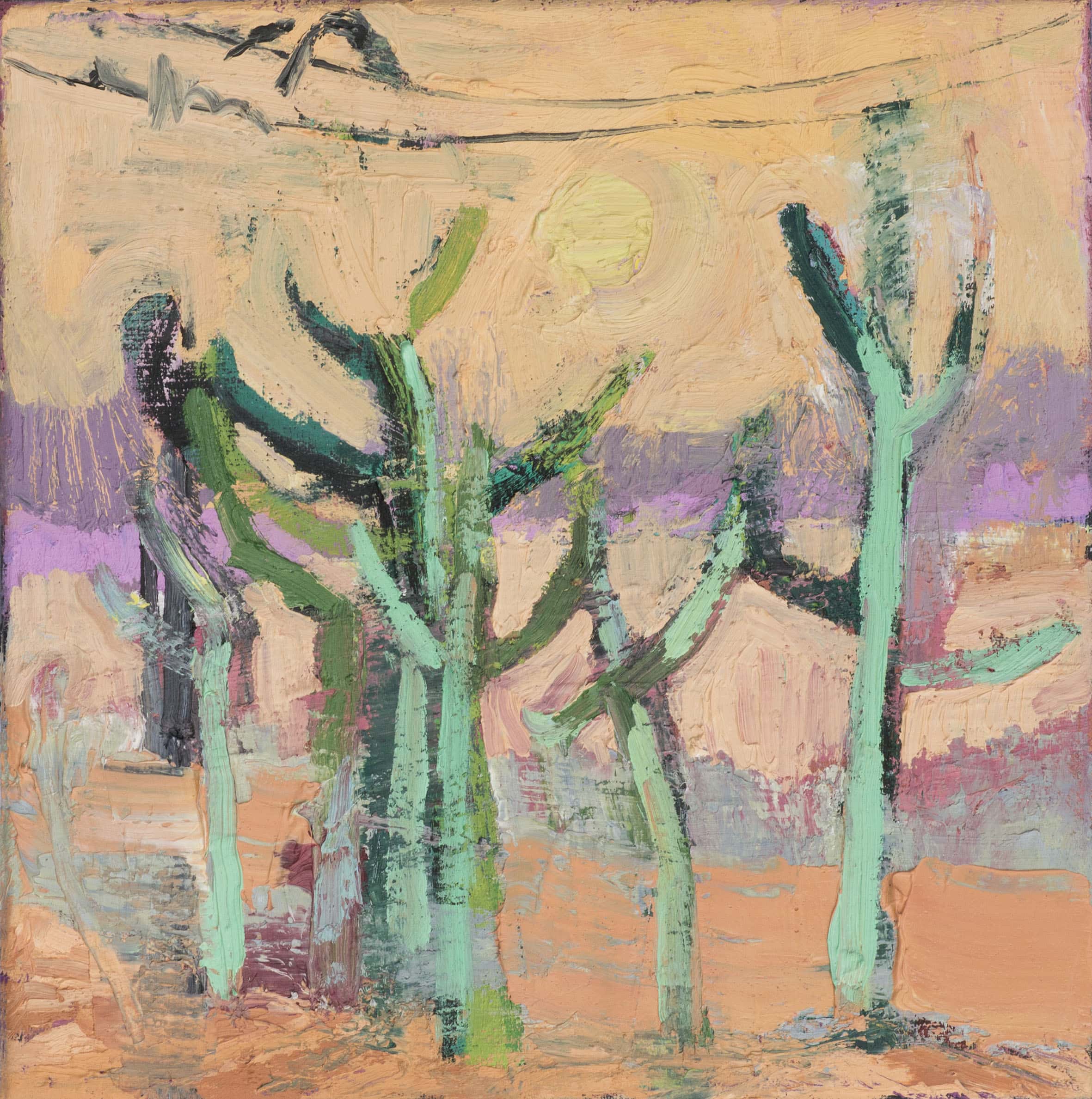 Texas is big, with each of its regions as large as states unto themselves, with their own cultural leanings. East Texas shares some flavor of the Southern U.S. In West Texas, the people are as rugged as the desert. In South Texas, Spanish is spoken at least as commonly as English. North Texas has a Midwestern feel, and Central Texas is a kind of melting pot of the other four regions with German undertones remaining from early settlers.

There is something about being a Texan—regardless of what part of the state one is from—that every Texan has in common.

Though each area is distinct, there is something about being a Texan—regardless of what part of the state one is from—that every Texan has in common. It’s hard to define, but it’s undeniable. Maybe it’s the pride or confidence that comes from once being an independent nation, or having access to its abundance of resources. Maybe it’s a remnant of cowboy culture. Maybe repeatedly seeing the strangely balanced shape of the state on maps has an unknown influence on a Texan’s psyche. Or maybe it’s a little of all of the above.

In any case, this common factor that Texans share has given rise to the Texan archetype. Usually this is visualized in the form of a cowboy—a white male wearing chaps, riding a horse around the turn of the 20th century, or a more contemporary version wearing a big belt buckle and driving a pickup truck.

Texas women have their own, lesser-known archetype. Texas women are historically famous for their strength, grit, big hair and taking no lip. And while the women in Texas are infinitely more diverse than this generalized characterization, having a strong point of view is a fairly common trait.

The people, lifestyles and natural settings of Texas have long inspired Texans to put charcoal to paper, paint to canvas, and needle to thread in an expression of these viewpoints for anyone who cared to look. And look they did! Texas is home to numerous well-known artists and collectors… most of whom are men.

Until recently, important works by women have been routinely overlooked. Today, thanks to the dedication of generations of women who have come before us, women’s voices are being given equal weight to men’s. In the art world, credit is due to many pioneering women: Mary Cassatt, Georgia O’Keeffe and Frida Kahlo, to name a few. And in Texas, Dorothy Hood and Toni LaSelle have recently been highlighted for their role in advancing abstraction.

Even in Texas, where women are known for being more assertive than most Americans, they’re still underrepresented in the art world.

Unfortunately, this recognition is still not the norm. Even in Texas, where women are known for being more assertive than most Americans, they’re still underrepresented in the art world. But it’s not for lack of talent, professionalism or productivity. Women are every bit as worthy of the critical and popular attention that men have long enjoyed, but this discrepancy remains.

As Western Gallery continues to engage with contemporary western artists from around the world, it has become apparent that there is a serious concentration of talented artists—many of whom just happen to be women—right here in Texas. This realization presents an opportunity to embrace, lift up and recontextualize Texas Women, to reinterpret the legend of this great state through the eyes of its female citizens, and to recognize them for their work, which is second to none. Proud as a citizen and grateful as a gallerist, I’m thrilled to present these very individual, beautiful and thought-provoking viewpoints of the landscapes, lifestyles and inhabitants of Texas.